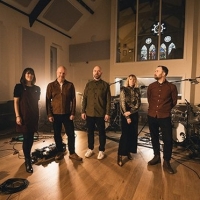 Lunar Festival is the third project by the team behind the Mostly Jazz, Funk and Soul Festival and Moseley Folk Festival.

Adult weekend tickets cost £89, with day tickets costing £37 for Friday and £40 each for Saturday or Sunday, with family tickets (two adults plus two under-16s) costing just £185, with other options also available.

But, lucky Russell Whitlam from Oxford has won himself a pair of tickets!