Birdy spreads her wings with new album and 2013 UK tour 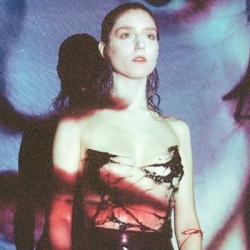 It took just one song to win over the hearts and minds of a discerning public and "Skinny Love" was Birdy's. Written by Bon Iver and already familiar in many circles, the young schoolgirl's version struck a chord with Fearne Cotton who made it her 'Record Of The Week' on Radio 1 - not bad for a Lymington kid with exams on the horizon.

Perhaps not surprisingly, her eponymous debut-album contained all but one cover version, yet still clawed its way to the top of the album charts in Austria, Belgium and the Netherlands. But these were not your typical X-Factor versions of wall-to-wall soul standards and insipid pop picks - Fleet Foxes, Cherry Ghost, The Postal Service and The xx all got the stripped-back Birdy treatment with aplomb.

For that 'difficult' second album however, the teenager has summoned up a bigger, more epic orchestration, if new single "Wings" is anything to go by. Whether the whole collection booms out or whispers quietly, it'll fill venues. "The Fire Within" is out in the autumn.

To support said release, Birdy will embark on a short promotional tour later in the autumn, starting with Edinburgh on 28th October, then Manchester on 30th and London on the 31st.

Tickets are on sale now, with prices from around £15 upwards. It's likely there'll be a rush for these and it remains to be seen if more dates get added.