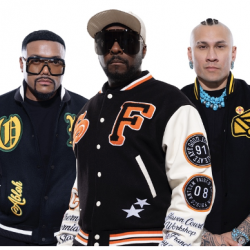 There isn't much that will.i.am hasn't done in the past twelve months - OK, apart from sing in space or breed iguanas, that is. Actually, that first statement is true (ish) - the Black Eyed Peas producer and The Voice TV judge/coach had his song "Reach For The Stars" streamed (as opposed to beamed) from Mars as part of NASA's discovery program in 2012. In years to come, this very fact could win you a pub-quiz, mark my words. Whether he responds to recent Royal events and renames himself Prince Will.i.am remains to be seen.

This year, he has been back on Earth making merry with his subjects with the launch of his fourth studio album, "Willpower". Containing the aforementioned space-rap, plus the chart-topping hits "This is Love" and "Scream and Shout", "Willpower" successfully traverses pop, rap and soul in equal measure and stands him in good stead until series 3 of The Voice returns (that's unless he follows Minogue and O'Donoghue out of the door).

With a vast catalogue that encompasses solo work and Black Eyed Peas, it's not surprising that will.i.am will air some of it on an arena tour before the year is out. First stop is Manchester on 3rd December, followed by Birmingham on the 4th and London on the 5th.

Tickets are on sale now, priced from £35 upwards depending on venue. Form an orderly queue - this could get busy...

In addition, the producer will turn DJ at Birmingham's Gatecrasher on 10th August - tickets to see him pump up the crowd cost just £12 upwards.