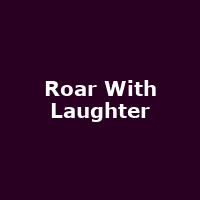 He's won more awards for his TV sit-com Not Going Out than for his usual 'day-job' but soon Lee Mack fans will be able to see the man doing what he started out doing - stand-up.

Having already sold out a ten-day autumn warm-up residency at the Tabard Theatre in London this year, Mack looks set to repeat the process with his next tour. First confirmed dates on his autumn 2014 jaunt include multiple shows in Brimingham, Sheffield, Plymouth, Newcastle, Hammersmith (including two on Saturday 25th October), Leicester, York, and loads more until Manchester from 9th to 11th December inclusive.

In addition, Lee will appear at the Hammersmith Apollo on 18th October as part of Roar With Laughter with Lucy Porter, Greg Burns, Men With Coats etc - tickets are priced from £15 upwards with proceeds going to ZSL (Zoological Society of London).

Of course, away from stand-up, Mack hasn't been slacking - he's been prepping a new Sky TV comedy series and has recently appeared in both Not Going Out and the panel-game Would I Lie To You?. His autobiography Mack The Life appeared late last year.

As soon as more tour-dates are announced, we'll let you know!