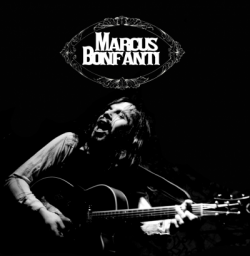 It looks as though the Royal Albert Hall will be singing the blues later on this year - this year's Bluesfest has been confirmed with a line-up that is sure to utilize the venue's superb acoustics perfectly.

Taking place from 29th October to 1st November, the four-day festival will once again round-up some of the biggest names in blues, soul and roots music, ranging from international stars of the '60s and '70s to promising upcoming performers who will relish the chance to perform at such an iconic venue. There will be a daytime and an evening schedule with plenty of top-notch music for all ages.

The bigger evening headliners (two shows per day) will all require a separate ticket and include some massive names.

The opening night on Tuesday 29th October features The Tedeschi Trucks Band with special guest Mavis Staples combining for an early-evening roots and gospel-inspired concert (from £30) and a late (22:30) show from soul-legend Bobby Womack (£40).

Other early and late evening highlights include Van Morrison and Gregory Porter on Wednesday, Chris Rea and Robert Plant with his Sensational Space Shifters on Thursday and an All Star Tribute to Bobby Bland confirmed for the early evening slot on Friday.

Key names for 'Daytime' shows so far include Ray Gelato and the Giants, The James Hunter Six, Marcus Bonfanti, World Party, Georgie Fame, Nell Bryden, Cerys Matthews, Huey and the New Yorkers and many more, all accessible for just £10 per day (kids go free) by way of purchasing a Daytime Stroller. Many of these acts will be performing in various different locations on site throughout the afternoon.

Tickets for all shows and Stroller options are on sale now, at various prices.

More names will be announced in due course - we'll let you know as soon as they are!