These New Puritans follow Field of Reeds with autumn 2013 tour 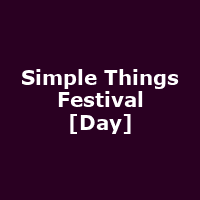 Many bands spend ages searching for that elusive 'hit', others stagnate with little progress achieved. These New Puritans appear to have torn up the rule-book with their sprawling third album, "Field of Reeds" - expansive lengthy tracks woven together by adventurous arrangements and the bare minimum of vocals from singer, arranger and songwriter Jack Barnett is the order of the day here.

If you were expecting collaborations with upcoming East London hipsters or Norf Laandan rappers, forget it - every artful outfit in the country has a 'Spirit Of Eden' bursting to be realized and "Field Of Reeds" is, by turns, These New Puritan's experimental (un)happy hour. It is rather engaging.

Built around a core of jazziest drums, ambient backdrops and lengthy (often) beautiful passages, the similarity with music you'd hear from labels such as ECM or the pen of Hergest Ridge-era Mike Oldfield, Talk Talk's Mark Hollis, Efterklang and, in places, Mogwai, is prevalent throughout.

With all of the accompanying acclaim and apparent abandonment of the heavier indie chops displayed on previous album "Hidden", all there is left to do is tour it - and tour it they will. These New Puritans will present "Field of Reeds" as part of their upcoming autumnal jaunt which begins in Manchester on 11th October, followed by a slot at Bristol's Simple Things Festival, Brixton, Leeds, Glasgow and finally Gateshead on the 18th.

Tickets for all shows are on sale now, priced from just Â£12.50. Check out the recently launched video for brooding album-track "Fragment Two".