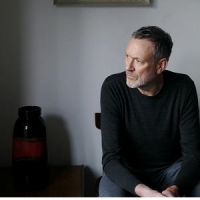 Some 30-plus years ago, synth pair Blancmange brought 'quirky' back into pop with the singles "Living On The Ceiling", "Feel Me" and "Waves", with the former perhaps their most familiar and successful to this day.

Although the band continued to notch up further hits such as "Don't Tell Me", "What's Your Problem?" and their respectful cover of Abba's "The Day Before You Came", nothing quite equalled the charm of their 1982 debut-album "Happy Families". Complete with its thematic retro sleeve featuring picnicking and partying moggies, the album featured those first few singles, including the inaugural "I've Seen The Word" and other memorable efforts such as the pretty "Sad Day".

For their next UK tour, Blancmange have taken the ten songs from their debut and given them a bit of a whisk with a 21st-century mixer. Voila - "Happy Families Too" is born. Featuring extensive reworkings and reinterpretations of the ten tracks, the new album will initially be available to buy exclusively at their new upcoming gigs, before getting a download release later this year. It's their first release since 2011's "Blanc Burn".

Minus currently ill co-founder Stephen Luscombe, but including singer Neil Arthur, original guitarist David Rhodes and engineer Adam Fuest, Blancmange will serve up the new versions on an autumn tour. Dates on sale so far include Manchester, Newcastle, London and Wakefield.

In addition to the previously-announced tour-dates, the band will occupy their hometown's Darwen Library Theatre in Blackburn for two nights on 4th and 5th November. Tickets are on sale now, priced at £20 per night. You can rely on demand being pretty high for those two, particularly as this will be the first time the album has been performed live.