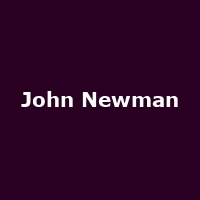 This man's name might not seem overly-familiar at this stage, but it's highly-likely that you've heard his smooth voice during the past twelve months. Chart-music fans will click after a few bars of either of Rudimental's hits, in particular the #1 smash "Feel The Love", released in 2012.

After one more appearance with the band on the follow-up tune "Not Giving In", another Top 20 hit, Newman's attentions have been focused on his own material. With a deal already inked with giant Universal, prospects look good, although fans of his may be a bit surprised to hear a string-laden epic chosen as a lead-off single, rather than bass-heavy beats similar to its Rudimental predecessors. "Love Me Again" sounds like a hit, regardless.

Later this year, his debut-album will appear at around the time of his first full-length solo tour. First stop is Glasgow, followed by Manchester, Birmingham, Leeds, Nottingham, Brixton and Brighton. Tickets are on sale now, priced from around a tenner upwards.

Catch him before his popularity ascends out of reach.