Clannad and Mary Black team up for spring 2014 UK tour 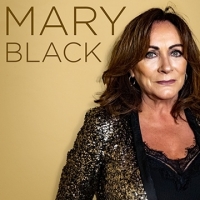 Seeing either one of these artists listed for their own headline tours is normally enough to have core fans clicking for tickets - but both on the same bill? What a feast is in store.

There is another reason for such a billing - as announced on her website in January, Irish singing legend Mary Black is taking a break from live performance, save for the odd festival. It's time to say au revoir - it's time for her 'Last Call'.

After initially releasing an acclaimed solo debut in 1983, she performed briefly with folk outfit Dé Danaan, before heading off into more contemporary territory with the likes of her solo best-sellers "No Frontiers" and "Babes in the Wood". For 1997 album "Shine", she teamed up with David Gray (who himself went on to shift a few units) and continued recording until 2011 when she issued "Stories From The Steeples".

Not surprisingly, Irish chart-topper Mary Black is held in the same high esteem as her touring co-headliners Clannad, who need little introduction. They're the epitomy of Irish fusion, the traditional and the contemporary and recently packed out a few halls on their recent 2013 tour. You can expect to here selections such as "Theme From Harry's Game" and "In a Lifetime".

Both acts will be joining forces in 2014 for a very special double-bill UK tour. Starting in Leeds on 12th March, the tour will continue to Glasgow, Gateshead, Manchester and beyond until winding up in Shepherd's Bush on 29th March.

Tickets are on sale now, priced from £32.50. Expect a swift sell-through.