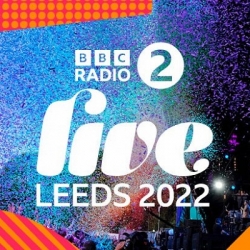 It's been a fair while since million-selling surfer-dude and all-round good guy Jack Johnson sauntered onto a British stage - looking at our abysmal summers, it's not hard to understand why. All this rain and bonkers climate is probably down to us humans anyway, something that Jack no doubt feels strongly about - he's raised hundreds of thousands of dollars for environmental causes via his own Johnson Ohana Charitable Foundation. He may well raise a considerable amount more in the coming months.

Since 2001, Jack Johnson has issued half-a-dozen mellow, easy-going albums that have been capturing the imaginations of sun-seeking types and mainstream pop fans alike. Although his first two albums, "Brushfire Fairytales" and "On and On", didn't catch on in the UK in a huge way, his third opus "In Between Dreams", issued in 2005, lit the touchpaper and scored Johnson his first (of many) UK #1s. His next two repeated the trend, going gold here and in the U.S., Australia, New Zealand and Canada - in fact, anywhere where there's a coastline.

Fans will be eager to know that Jack has completed his sixth studio album and will be touring it around the globe later this year. He's stopping off in the UK throughout the autumn, including his previously announced BBC Radio 2 Live in Hyde Park 2013 as support to Simple Minds on 8th September. Tickets are available now, costing £35 - you also get Smokey Robinson, Manic Street Preachers, Jamie Cullum, Texas, Josh Groban and more. Bargain.

Salford and Birmingham have been added to Johnson's schedule as well - you can catch him at the former's Lowry on 11th September and the latter's Symphony Hall on the 12th. Tickets on sale now, priced from around £40. Proceeds will go to his chosen charities.

The singer will return to London on 16th September as part of iTunes Festival London - free tickets can be won by clicking on the event below.