The Quireboys to share their Beautiful Curse on 2013 UK tour 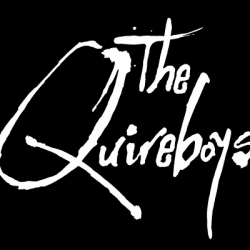 It's been nearly three decades since The Quireboys first unleashed their brand of smokin' blues and (in their words) Gypsy rock and roll. It took them six years to assemble "A Little Bit Of What You Fancy", their debut-album. It took far less for the long-player in question to catapult the band to #2 and even less to spawn a string of hits.

But after that initial burst of fame and fortune, The Quireboys issued just one more album (1993's "Bitter, Sweet and Twisted") before capitulating and going their separate ways. That is until 2001 when the band regrouped to begin a run of albums that has appeased their legion of diehard fans, but hasn't returned them to the so-called 'big time'. Many '90s rock bands are in a similar boat, but The Quireboys have other ideas - they've been cursed.

To be more exact, their new album has been cursed, or should that be blessed, with the title "Beautiful Curse". Due out on 22nd June and comprised of 12 new songs, it's a return to the straight-up rock they've become famous for and includes the single "Too Much of a Good Thing".

To support their first new material for five years (with the exception of Down 'n' Outz, the 2010 collaboration project with Def Leppard's Joe Elliot), The Quireboys will be hitting the road in October, starting with Bristol on the 6th and followed by Oxford, Birmingham and more until London on the 17th and Bournemouth on the 18th.

Support on the tour comes from Bonafide and Bad Touch.