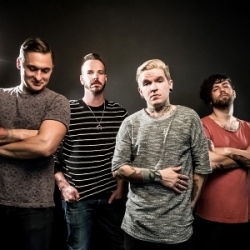 Rumours. Great album, bad phenomena. The Blackout have just tasted their own version of rumours after announcing their latest tour - they've called it The Final Party Tour.

Over to the band: "To quash the stupid rumour mills, we're not splitting up, you'd have to rip our instruments out our cold dead hearts before that happened". So there you have it.

Although terminating one's own musical career during a peak period isn't unheard of, in the case of The Blackout, it just wouldn't make sense. They've had a pretty good year after releasing their fourth album "Start the Party", with it reaching #35 and all, plus tour-dates have been selling out in a matter of hours in some cases.

But, as with all things creative, bands move on and The Blackout are no exception - Sean Smith's boys need to draw a line under their recent opus, hence the decision to Start the Party one last time, before setting to work on their fifth long-playing delight.

For The Final Party tour in the autumn, which will follow their Reading and Leeds Festival slots in August, they'll be joined by upcoming punksters Framing Hanley and Blitz Kids, so you'll be in great company throughout the jaunt.

First stop will be Southsea's Wedgewood Rooms on 21st October, followed by Exeter, Cardiff, Birmingham and loads more, including a London show, until Belfast on 2nd November, with a Dublin show confirmed for the 3rd.

Tickets are on sale now, priced from £15 upwards. Demand will be just a bit massive.