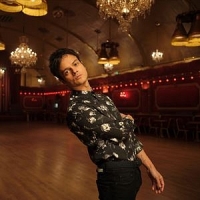 At around the time he began racking up award nominations - around ten years ago - Jamie Cullum's foothold on the UK jazz scene was assured by winning a British Jazz Award. Little did he know that within a year of coveting said award and being aired on the much-respected Michael Parkinson TV show, he would be nominated for a BRIT Award, the first of many. His third album (his first as part of his major-label deal) "Twentysomething" became a Top 3 hit with every release since making it into the Top 20 with consummate ease.

His first new album for four years appeared this month - "Momentum" is typical Cullum, a heady mix of piano-powered jazz-pop and even a spot of hip-hop dabbling with South London's Roots Manuva present on the track, "Love For $ale". He's also had a crack at the super "Pure Imagination" from the Charlie and the Chocolate Factory movie - there's an intimate Abbey Road session video right here.

In support of "Momentum", Jamie Cullum will be touring extensively in the autumn, starting with Dublin on 14th October and followed by Edinburgh, Gateshead, Birmingham, London and several more until Brighton on 4th November.