As well as supporting Kings Of Leon and Kasabian, the alt-rockers will headline some shows in June/July, tickets on sale now 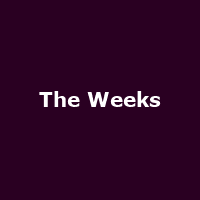 Seven years ago a group of Mississippi teenagers formed The Weeks and within two years had written enough songs for a debut-album, "Comeback Cadillac". Within another three years, an EP entitled "Gutter Gaunt Gangster" had caught the ears of the owners of the Serpents and Snakes label and earned them a contract and a lucrative relationship with one of the biggest bands in the world.

Kings of Leon don't hook up with any old Tom, Dick and Harry - instead they've taken Samuel, Cyle, Cain, Damien and newbie Admiral(!) under their wing and helped them piece together a debut-album that might prove to be quite a hit. To be fair, The Weeks' blend of Southern rock and alternative country fits in well with the Followill's ethos, which may confirm why they're supporting the stadium-fillers on their next batch of UK dates. Manchester and Birmingham still have a few tickets left, by the way (from Â£55).

As well as gigging with their label-owners, The Weeks have also landed a prime slot at Hard Rock Calling 2013, supporting the likes of Kasabian and Paul Weller on 29th June - also still available, but priced at Â£45.

But where does this leave those fans who want intimacy and a smaller venue? Fear not, help is at hand. In preparation for their next album "Dear Bo Jackson", due out in the summer, The Weeks have announced a slew of headliners throughout the summer, including June dates in Bristol, London, Nottingham and Wolverton, then heading back the following month for a few more shows, before finally landing back in Birmingham on 11th July.

Tickets for all their headline gigs are on sale now, priced from around as little as Â£6 upwards.

Check out recent single "Brother in the Night" for some authentic laid-back Southern-fried rock 'n roll.