Mark Owen aims for the Stars with autumn 2013 UK tour 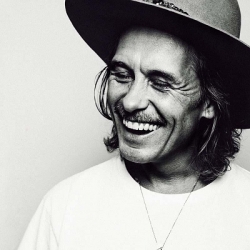 Arguably the most successful UK boy-band of the past two decades, Take That's place in history was assured when amidst all the publicity and hype, they sold out their recent reunion tour in double-quick time. During their tenure, all five members of the band have certainly had their share of fans although it could be argued that Messrs Williams and Barlow have frequently commanded more attention than the other three put together.

Of the remaining three singers, Mark Owen has at least attempted to match Robbie and Gary's solo efforts, even if he hasn't always succeeded. Owen's debut-album, "Green Man" issued in 1996, certainly had its moments and reached the top 40 in several European countries, buoyed by the chart-performances of the charming singles "Child" and "Clementine". And having revered producers John Leckie and Craig Leon in tow did him no harm at all.

Despite hit-singles on the follow-up album "In Your Own Time", Owen's star continued to shine in the UK only and by the time album number three appeared in 2005, the archly-titled "How The Mighty Fall", the pitfalls of fame had caught up with the songwriter and he slipped off the radar - at least until that reunion last year.

For 2013, Mark Owen has mapped out a comeback of sorts with a new single and video, "Stars", an album to go with it, "The Art of Doing Nothing" and a proper UK tour, his first for several years. "Stars" sees a return to the anthemic formula that helped drive dozens of Take That hits to glory, minus the glitz perhaps but with a bit more grit and an appealing tune.

In fact, so keen is Owen to share his new material with you, he's confirmed that the tour should start in June! Stops include Sheffield, Bristol, Shepherd's Bush and his home-town Manchester.

Tickets are on sale now, priced from £25 + fees. Support is TBC. On the strength of the single, which you can watch and listen to right here, demand might be higher for Mark Owen than you might first think.