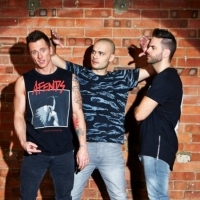 No longer a 'boy-band' as such, Five, or 5ive as they're often stylized, have experienced something of an unlikely renaissance of late by being part of the ITV2 documentary series The Big Reunion.

Along with the likes of Atomic Kitten and Liberty X, the remaining members of the quartet bared all about their past (hits and splits), their present (the reformation) and the future (a tour - we'll come to that bit in a second). It could be argued that with the departure of J Brown, they should have called themselves Four or even 4ore. I know, I'm wasted here aren't I?

For nearly three months, what could have been uncomfortable, vacuous telly actually triumphed and fed over a million HD and freeview customers with memories and music provided by a handful of acts who meant something for a few years, then were swept aside by Girls Aloud et al.

After the show's premise became a reality (a reunion concert), came The Big Reunion Tour which gathered all the participants together for a lucrative jaunt around the UK - most shows sold out quickly (there are more to come throughout May).

Bouyed by this and the announcement of their support slot for Blue (with Liberty X), Five are clearly on a roll - they've announced a tour. And not just any old tour - a Greatest Hits tour.

With three Top 5 albums under their belt, achieved during their initial short tenure between 1997 and 2001, you can expect enough hits to fill an arena or hall. "Everybody Get Up", "Until The Time Is Through", "Keep On Movin'", "Let's Dance" and the ubiquitous #1 smash with Queen, "We Will Rock You" should justify your decision to land yourself some tickets.

Brighton has been confirmed as first stop on 18th November, followed by Blackpool, Cardiff and many more until the final pairing of Hammersmith and Oxford in December.

After the Five headline tour, the lads return with yet more Big Reunion Tour action billed as a Big Reunion Christmas Party which includes a four-night residency at Minehead's Butlins and shows in Sheffield, London, Manchester etc.