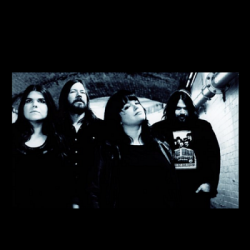 Formed a little over a decade ago, Hanwell's heavenly vocal-harmony favourites continue their advancement in all things melodious with the promise of another new album later this year.

It's been a while since their last - "The Runaway" appeared in 2010 and failed to set the music world alight as much as their first two long-players, despite being possibly their best.

So, after stalling at #46 and failing to harbour a hit, The Magic Numbers opted to spend the next couple of years taking stock, writing and engaging in the occasional non-band project (Michele Stodart did her solo thing with the lovely album "Wide-Eyed Crossing") and building up to something very special indeed - an acoustic tour.

Fans of The Magic Numbers will already know what to expect from their shows - there's already an element of acoustic-ness about their sets, to be honest - but a month-long expedition of these isles should give a lot of people their first possible glimpse of a band that spawned super hits such as "Forever Lost", "Love Me Like You" and "Take a Chance". The singles that weren't hits are arguably even better - "The Pulse" is a great example.

Tour-dates kick off in September including stops in Exeter on the 6th, Falmouth, Gloucester, Stockton, Inverness, a few Irish stops then back to the UK for more shows until Kendal on 4th October. The venues aren't huge, most are unusual (arts centres, churches, converted cinemas etc) so will sell out quickly.

Tickets on sale now, priced from around £15. Expect that new album towards the end of the summer.