Five lucky music fans will each get a copy of The Music Is You featuring Emmylou Harris , Evan Dando , Train , J Mascis , My Morning Jacket etc 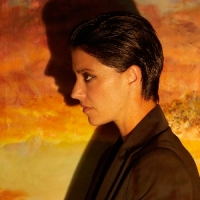 Recently we ran a competition for you to win five copies of the recently-released (and highly-acclaimed, it has to be said) covers compilation CD, "The Music Is You - a Tribute to John Denver".

You can stand easy - we've picked the winners! They are: Barbara Wood from Tyne and Wear, Andrea Miles from Somerset, Roger Stanley from Shrewsbury, Peter Jaggs from Bicester and Sally Poole from Warwickshire.

Once you've been contacted, a copy will be winging its way to each of you over the coming days.

"The Music is You" features the likes of My Morning Jacket tackling "Leaving on a Jet Plane", Dave Matthews on "Take Me to Tomorrow", J Mascis and Sharon Van Etten performing a duet on "All of My Memories", Emmylou Harris and Brandi Carlile with "Take Me Home, Country Roads" and Milow feat Brett Dennen on "Annie's Song" plus other standard Denver classics respectfully recited by Josh Ritter, Edward Sharpe and the Magnetic Zeros, Train, Evan Dando and Mary Chapin Carpenter.