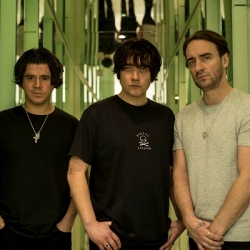 It's fair to say that it'll be a busy old year for The View, given that their diary is looking pretty crammed at the moment.

And we're not talking run of the mill tours either - the Dundee indie-popsters have already previously announced May shows in Dundee, their beloved home-town. Due to crazy demand, a THIRD night has been confirmed for 12th May - on sale now, priced at £18 (the first two have sold out).

But if Eastern Scotland is not your nearest source of entertainment, worry not - The View will be coming to a town near you later on this year. In association with leading indie club night Propaganda, the Scots will embark on a spring/summer UK tour, performing at the aforementioned indie nights for a bargain price.

So, as well as your usual quality club-night for just £5, you'll get a set from The View thrown into the bargain!

Aimed at Fridays and Saturdays, the tour will kick off in Birmingham on 24th May, plus Newcastle on the following night. Subsequent weekends see the band play shows in Sheffield and Leeds, London and Oxford, just Northampton on 14th June and finally Glasgow (21st June) and Edinburgh (22nd).

Tickets for all shows are available now for yes, no kidding, £5.

As if that wasn't big enough, The View will support The Stone Roses in Glasgow on 15th June (sold out) and The Charlatans at their Delamere Forest open-air Forestry Commission Live show on 7th July (still available - £34).

A new View album "Seven Year Setlist" will appear on 17th June, just to add to the excitement.

There are other Propaganda club-nights available (minus The View) throughout the year, again at bargain prices and in various towns.