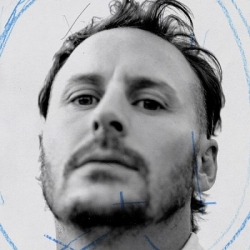 Residents around London's Hyde Park must be breathing a huge sigh of relief as more and more shows are announced for the latest live-concert kid-on-the-block on the other side of London.

Already home to this year's Hard Rock Calling, Wireless Festival and Electric Daisy Carnival, Stratford's Queen Elizabeth Olympic Park is about to host an almighty stampede. In fact, it's going to be a Summer Stampede! Folky pop rapscallions Mumford and Sons will headline a massive open-air show at the East London green space on 6th July. Similar in structure to their Dublin show on 14th July (still available - 61.50) and armed with some nifty special guests, the award-winning chart-toppers will deliver their highly-regarded anthems to a sizeable audience in celebration of recent #1 album "Babel".

The aforementioned guest supports include Vampire Weekend, who are about to unleash their third album "Modern Vampires of the City" in May and BRIT-hugging songwriter Ben Howard who is already soon to be embedded in the UK festival scene (Isle of Wight, RockNess etc).

Others appearing include the much-touted siblings Haim, local boys Bear's Den and American crossover successes Edward Sharpe and the Magnetic Zeros who are set to headline their own big show at Somerset House as part of The Summer Series 2013 (on 9th July).

Demand will be, well, like a stampede for what is Mumford and Sons' only UK headliner aside from their sold-out Gentlemen of the Road stint in Lewes later in the summer.