Posted: 2nd April 2013
Sing to the Moon will form basis of headline shows and summer festival appearances, tickets on sale [05/4/2013] 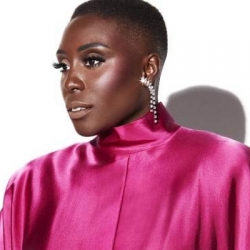 Being shortlisted for the BBC Sound of 2013 (she came fourth) hasn't done the likeable songstress any harm - she's already got into the habit of selling out her own shows and standing on her own two feet. Awards - who needs them?

Laura Mvula doesn't - she's been too busy building up interest for the release of her first album. Released in March, "Sing to the Moon" was acclaimed upon its release and has spawned a hit-single in "Green Garden", as well as rising to #9 itself. The album is an accomplished melange of slightly trippy soul with a pop bent that has assured her a place in chart history and sold-out shows.

Now in-demand, Mvula's diary has been swamped with festival offers, including the Isle of Wight Festival, V Festival, Latitude, Festival No.6 and Live at Leeds 2013, preceded by a UK tour supporting Paloma Faith which is all but sold out, save for spaces at the Bournemouth and London shows.

Fear not fans of Laura Mvula - the singer has confirmed a string of autumn shows, guaranteed to make those shorter nights a bit more welcoming. Stops include Newcastle on 1st October, followed by Shepherd's Bush on the 4th, then Bristol, Birmingham and more until Belfast on the 13th.