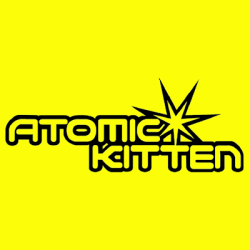 For those that scoffed at the prospect at watching five pop 'has-beens' from the '90s battle it out on ITV's recent The Big Reunion show, scoff no more. Most of the subsequent UK and Ireland live tour has sold out with only Sheffield, Newcastle, Glasgow, Dublin and Belfast with any seats to speak of.

Good news though - The Big Reunion Tour is coming back for Christmas. Just to prove that B*Witched, Liberty X, Five, Honeyz and 911 are certainly not has-beens in the eyes of their adoring public, they will reconvene for a handful of Christmas Party concerts in December. Atomic Kitten are yet to be confirmed for these dates.

First stop is Birmingham on 12th December, followed by Sheffield, London and Manchester. Tickets on sale now, with prices starting at around the £34 mark.

Recently saw the start of The Big Reunion, a well-calculated ITV2 fly-on-the-wall docu-drama featuring not one, or two, but six boy/girl bands from the '90s, all reforming or reuniting for one big show in February (and a tour in May). In the series you caught up with the chart acts as they rehearsed, conversed and relived their histories with a viewing demographic that covered fans and newcomers alike, thus keeping the flag flying for '90s pop-music.

Between the half-dozen acts, there's a lot of chart-hits to go around including several #1s, making this tour essential for pop-fans across the nation.