Posted: 26th March 2013
Their classic 1975 album to be performed in its entirety in the spring and summer, on sale this week 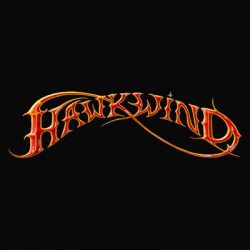 Perhaps Hawkwind's most familiar track is "Silver Machine", memorable to anyone who has stumbled across an umpteenth re-run of an old Top of the Pops from the early '70s. Yet this respected of outfits has far more in its canon than that one seminal space-rock head-banger.

Take the album "Warrior on the Edge of Time", for example. Issued a few years after their biggest hit and widely considered to be their finest work alongside "In Search of Space" or "Doremi Fasol Latido", "Warrior...." might bear the dreaded tag 'concept album', but musically it ranks as a timeless example of explorative mid-'70s rock.

For a start, there are almost as many keyboards and sound-effects as guitars on the opening song "Assault and Battery part 1", a portent of things to come (the '80s, no less) and a powerful pre-cursor to the rest of the album. More tripped out than the likes of Greenslade and far druggier than Yes, Dave Brock's Hawkwind were arguably at their peak during this period and a source of solace for those wanting to 'enlighten' their listening experiences with chemical 'additives'.

Live, the album should sound pretty special. Hawkwind are already gearing up for shows in April, including Cardiff on the 2nd, Bath, Preston and then a slot at Rotherham's prog-weekender HRH PROG 2013 on the 6th, followed by a show in Norwich on 7th April - all on sale now.

In addition, the band have confirmed two additional shows in August, namely Bournemouth on the 23rd and Shepherd's Bush on the 24th. Tickets are on sale Friday 29th March for Bournemouth and the 28th for the London date - prices weigh in at around £20.