Posted: 15th March 2013
One of our lucky readers will be off to see a secret Professor Green gig in London on Saturday 23rd March 2013 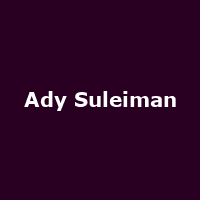 On Saturday 23rd March, Professor Green will play an exclusive set in a secret London location, along with up-and-coming singer Ady Suleiman - and we were giving away a pair of tickets.

So, let's cut to the chase shall we? Have you won? Well, if your name is Gareth Howell, then the answer is a resounding: "yes"!

Gareth (plus friend) will get to see this exclusive gig by the multi award-winning Hackney rapper. The gig celebrates the launch of Barclaycard contactless technology on London buses. Gareth plus the other winners will be notified of a central meeting point where they will be met by a London bus (what else?) and transported to-and-from the gig.

Professor Green is currently working on his as-yet-untitled third album, and he will no doubt be wanting to repeat the success of the previous two - which both graced the UK album top 10.