See Wallace and Gromit's Musical Marvels for up to 38% off 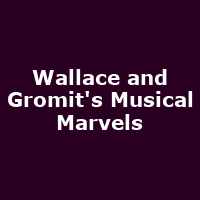 There can't be a soul in the land who hasn't chortled along with at least one of the Wallace and Gromit movies. From early works such as A Grand Day Out and The Wrong Trousers, through to A Matter of Loaf and Death and their feature-film The Curse of the Were-Rabbit, audiences young and old have been captivated by the antics of absent-minded inventor and cheese aficionado Wallace and his world-weary but trusty mutt Gromit.

Even though the brand has become a global success, Aardman's homely plasticine animations are as English as tea, cucumber sandwiches and a nice piece of Wensleydale. As well as Hollywood beckoning, Wallace and Gromit have appeared in TV shorts, spawned the spin-off Shawn the Sheep and adorned mugs, pencils, cakes and just about any type of merchandise your heart could desire. There is even a new stage show! And we have an exciting offer to tell you about!

Due to be performed at the Hammersmith Apollo on 31st March and 1st April, Wallace and Gromit's Musical Marvels was first performed as part of the Proms in 2012 to rapturous applause, we might add. Now you can see a new version of the performance, plus a freshly-scored rendition of A Matter of Loaf and Death on the same bill.

To advantage of these offers, click on the Book This Offer button - offer applies to performances on 31st March and 1st April (Easter Sunday and Monday) only