Posted: 14th March 2013
The band will perform a different set at each city's show throughout the spring. Tickets on sale now 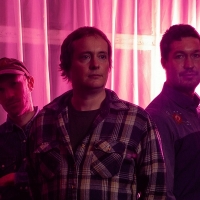 Recently, bands have been announcing tours that just don't seem economically viable - one stop in Cornwall, then one in the Midlands, maybe a trip back to Bristol, then Scotland, then Wales, then back to the north of England, over to Northern Ireland then concluding in London. Aside from the logistics of it all, the amount of petrol used and sleepless nights in different hotels must rack up quite a bill.

Not for the sensible Wave Pictures - they've rewritten the rules by announcing a clever tour that almost does away with driving a scabby tour-van on long-distances every day and, at the same time, plugs their entire repertoire in one town, thus cementing a bond with their fan-base and, long-term, guaranteeing album-sales and repeat visits. Boom, as they say.

With 10 years-worth of releases under their belts, it's not surprising to learn of The Wave Pictures' stroke of genius. From debut-album "The Hawaiian Open Mic Night", their first 'proper' label release "Sophie" and their most recent, 2012's "Long Black Cars", the band have amassed quite a haul of favourably-received long-players, EPs, singles and collaborative splits. Just ripe for turning into setlists, right lads?

The tour will comprise of over a dozen shows, divided up into two or three gigs performed in the same city, before moving on to the next town etc etc. The first stop is Brighton from 14th to 16th April (3 different venues), Manchester (secret location), Glasgow (3 nights at the Mono), Newcastle (two nights at Heart Attack and Vine) and finally York at the Basement from 26th to 28th June. Every night in each town, the band will perform a different set making all three (two in Newcastle's case) pretty special.

Tickets for all shows are on sale now priced from around £7 - £9 each. For Glasgow only, there is also a 3-day ticket available, priced at an incredible £15! Hurry though - The Wave Pictures have a lot of fans and they'll be snapping these up quickly!