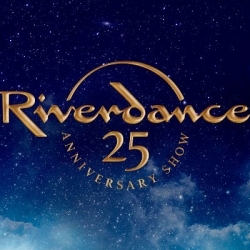 Before Boyzone, Father Ted, Mrs Brown and The Script, the biggest export out of Ireland was (and probably still is) Riverdance. And that's not meant to be a glib statement either - the show, initially danced by Michael Flatley and Jean Butler with music adapted from an earlier traditional work ("Timedance") by composer Bill Whelan with Donal Lunny, grew from humble beginnings as an interval distraction during the 1994 Eurovision Song Contest in Dublin, to a multi-million earning franchise across the world. The seven-minute performance drew more cheers than the Eurovision hopefuls. Enough said.

Truly a world phenomenon, early performances by Flatley made him a household name before wrangles prompted the dancer to hand over the reins to Colin Dunne (Flatley went on to create Lord of the Dance and Feet of Flames). However, despite losing its star, Riverdance's appeal has never waned. The show has been performed over 10,000 times, sold over 3 million copies of the soundtrack (expect a reissue later next year) and has had a potential audience of over 23 million. That word 'phenomenon' gets over-used these days but it certainly applies to this fusion of traditional Irish dance, ballet and fantasy.

2014 heralds the show's 20th anniversary and will see the return of Riverdance to UK stages. Although a farewell tour was originally earmarked a few years ago, the public's reaction to the show has clearly inspired its creators to re-run it.

The 2014 tour will begin in Southend from 2nd to 7th September, followed by residencies in Ipswich, Bournemouth, Birmingham and many more large towns and cities until closing at the Apollo in Hammersmith from 10th to 13th December.

Tickets on sale now, priced from around £30 depending on venue. Don't be fooled by the time-scales here - Riverdance is likely to sell out at the drop of a hat!

The show's next performance will take place in Dublin from 27th June to 1st September 2013, with very limited tickets available at reduced prices available until 31st March. Typically, standard tickets cost 25 - 50 but the offer reduces prices by around half.