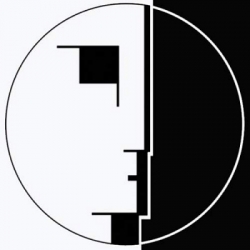 Just about the only band not to have reformed to celebrate the '80s (yet) is Bauhaus. Pitched somewhere between all-out goth-rock and glam-pop, the band were a whirling dervish of angst, intensity and drama whose music sound-tracked thousands of school-discos up and down the land. Put it this way - I'd like a pound for every time their peerless doom-dub landmark 12" "Bela Lugosi's Dead" earned a spin at our local rock and indie club.

In the mid-eighties goth boom, if you were clad in vein-crushing skinny-leg jeans (black, naturally) and still wearing your scruffy overcoat inside the venue, Bauhaus were your heroes. And if it wasn't the aforementioned homage to the Hungarian horror-film luminary being given a thorough work-out, other Bauhaus tunes did the job with the same results. "The Passion of Lovers", "Terror Couple Killed Colonel", "Telegram Sam" (yep, the Bolan song squeezed into two minutes of dark rock and roll), "Ziggy Stardust" and the exemplary "Kick in the Eye", were all capable of getting sulky, sullen teenagers out of the corners and onto the dance-floors - happy days.

After Bauhaus imploded in 1990, singer and catalyst Peter Murphy was expected to become a hit in his own right. With bevelled cheekbones that could carve a roast and a spine-tingling baritone, Murphy looked and sounded the bees knees. For one thing, he'd already been in a pioneering advert for Maxell cassettes (those things that 21st-century Hoxton hipsters carry about with them).

Sadly, his solo work on Beggars Banquet didn't quite make it - "Should the World Fail to Fall Apart" stalled outside the Top 75 and radio deserted him. In the States however, he notched up a couple of minor hits with "Cuts You Up" and "The Sweetest Drop".

For 2013 though, the attention falls back on Bauhaus with Peter Murphy fighting fit and ready to tour the band's tidy catalogue. The 'Mr Moonlight' tour will cover America and most of Europe with UK dates now confirmed for Nottingham on 14th June, followed by Glasgow, Birmingham, Bristol and London on the 19th.

Tickets for all shows are on sale now, priced at £20. Demand is likely to be huge for his first shows for 18 months.