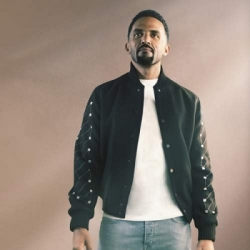 To coin a phrase, Brit-soul crooner and garage-scene icon Craig David certainly was slicker than average when it came to notching up hits.

Perhaps one of the biggest UK dance tracks of all time, "Rewind (Bo Selecta)" bore his name on the sleeve and his talented tonsils throughout the song, convincing a wider audience that garage (pronounced as 'garrij' or 'ga-rarge', depending on what part of London you were from) wasn't some elitist R&B/house fusion that boomed out of Subarus parked on Clapham Common or Brockwell Park.

"Rewind" and other biggies like "Sweet Like Chocolate" (Shanks and Bigfoot), "Sincere" (MJ Cole) and anything released on XL subsidiary Locked On, for that matter, were instrumental in sweeping the genre into the mainstream. Meanwhile, Craig David impressed all with a string of huge hits from his debut #1 album, "Born to Do It". "Fill Me In" and "Seven Days" also topped the charts and "Walking Away" and "Rendezvous" stormed the top 10, setting a precedent for further success with "Slicker Than Average" and "Trust Me".

The attention also earned him a place in comedic history, much to his chagrin - the prosthetics-enhanced comedy show Bo Selecta (created by Leigh Francis) relentlessly parodied him to the point of clear irritation on David's part. Still, better to be parodied than ignored.

Since a brief creative dalliance with Tinchy Stryder in 2008 and his most recent album "Signed Sealed Delivered", issued in 2010, Craig David has been quiet of late - until now. The singer is primed and ready with a new album, "Following My Intuition", plus some live UK shows to announce.

So far, the chart-topper has confirmed dates in Birmingham on 19th May, followed by Manchester (20th), his hometown Southampton (21st) and London's IndigO2 (22nd). Tickets on sale now, priced from £27.50 (London prices vary from £35 to £45). What's the betting these sell out pretty sharpish?