Posted: 4th March 2013
As well as major festivals and a sold-out spring tour, the Critic's Choice will re-emerge in the autumn for more concerts, tickets available on pre-sale [06/3/2013 9:00] 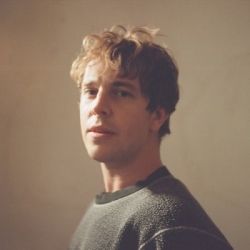 Recently, a young singer-songwriter specialising in dark, emotional torment with a breezy pop twist, appeared on the BRIT Awards 2013 roll-call causing mild inquisition and the scratching of heads. No, we don't mean Ben Howard, we mean Tom Odell.

The Chichester-born singer and pianist joins an already crowded market-place of sad-face songwriters but with a difference - his songs bear hallmarks of timelessness and potential. Often compared to his hero Elton John (who himself is no stranger to turning a tune or two) and Chris Martin, Odell's talent belies his tender years (he's 22) and he sounds, for all the world, like he's been on the radio since the '70s at least.

Although he's not had a 'hit', per se, his "Songs from Another Love" EP issued in 2012 had enough in the melodrama tank to turn heads and ears, particularly with lead track "Another Love". And there's much more to come - new album "Long Way Down" will be issued in April, just in time for his first successful tour of the year.

In response to his BRIT Award - the Critic's Choice, no less - Odell will be performing at several festivals over the course of the summer and then, due to demand, performing another headline tour in the autumn.

First stop is Southampton on 11th October, followed by Cardiff, Cambridge, Leeds, Glasgow and several more throughout the autumn. Tickets on sale now, priced from around £12 upwards.