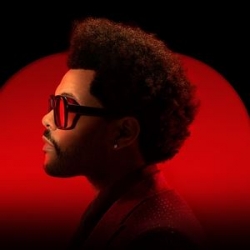 For those tired of shouty rap, you might well be seeking solace with the current wave of R&B crooners, headed up by the likes of Frank Ocean, Drake and this fella, The Weeknd. One swift scan through the dodgy comments underneath his You Tube videos sets one precedence already - The Weeknd is already less reviled than his peers, it seems. Times change and so do performers and the time is 'now' for one Abel Tesfaye.

He's yet to release an album 'proper', but has flooded the internet with mixtapes and a compilation set of all three called "Trilogy", which features those big-hitting slow-jams such as "Wicked Games", "Twenty Eight" and "Lonely Star". He's written most of his material, produced a fair chunk of it and has a voice that would melt ice - how can he possibly fail?

He's currently putting the finishing touches to his first full album, expected later in the year and a sure-fire end-of-year list successor to Mr Ocean. Nominated for the BBC Sound of 2013, it's not hard to hear why The Weeknd's stark, minimal beats have struck a chord with a wider breadth of fanbase - imagine Burial sound clashing with Kanye West in his earlier days and with Craig David trilling over the top. Sort of.

Unsurprisingly, The Weeknd's chops have helped him sell out all of his March shows, including FOUR London shows on the bounce. Looks like you'll just have to wait until the autumn to see him then.

Three massive dates have been added to his 2013 schedule, starting with Birmingham on 22nd November, then Manchester on 23rd and finally London's O2 Arena on the 26th. Tickets on sale now, with prices starting from around £24.50. No doubt they'll sell out just as quickly.