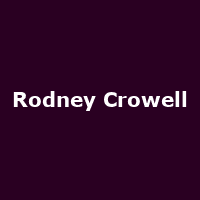 After an incredible 40 years on the scene, Emmylou Harris is one of country-music's most enduring and endearing voices. Caught somewhere between fragility and despair, Harris's timbre is as sweet as it is bitter, depending on the song of course.

Her highlights since the late '60s have been numerous but include the fledgling "Gliding Bird" in 1969, her 1975 crossover "Elite Hotel", 1995's "Wrecking Ball" (with U2 peeps and Daniel Lanois in attendance) and, perhaps, this year's newie "Old Yellow Moon". In fact, there will probably be no 'perhaps' about it for more reasons than just Harris's unique take on old standards, one being Rodney Crowell, her co-conspirator on the record.

Crowell has been in Harris's company since the mid-'70s after covering one of his songs, the lovely "'Till I Gain Control Again", on the aforementioned "Elite Hotel". They co-wrote "Amarillo" together which became the start of a many fruitful years of songwriting and performance. But, despite this continued partnership of sorts, they've never recorded an entire album together - until now.

"Old Yellow Moon" brings Emmylou Harris and Rodney Crowell together as collaborators for the first time and includes songs written by Crowell, as well as Vince Gill and members of her outfit, The Hot Band. The 12-song album is released on 4th March - a good two months before the pair hit the UK for some special shows.

Both Harris and Crowell will appear together for a short run of dates in May, starting with Hammersmith on 9th May, followed by Birmingham, Belfast, Dublin, Glasgow and Gateshead. Tickets are on sale now, priced at Â£34.50 for regionals and Â£39.50 for London. Demand will be huge for these rare concerts.