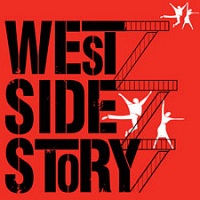 One glance at the creators and writers behind West Side Story should convince you that you are dealing with theatrical gold here.

Leonard Bernstein (the music), Stephen Sondheim (the lyricist), Jerome Robbins (the choreographer) and Arthur Laurents (the story) reads like a who's-who of stage-musicals and when conjoined with the list of familiar songs and the places it has been performed, confirms what we already know - this is a show that positively oozes class, vibrancy and emotion, as well as bums on seats. "Somewhere", "America" and "I Feel Pretty" help to soundtrack a tale loosely based on Shakespeare's Romeo and Juliet, guaranteeing an unforgettable night out.

Later this year, from 7th August to 22nd September, London's Sadler's Wells will be presenting the musical for the first time since 2008 (its 50th anniversary), with seats getting snapped up already (prices range from £40 upwards). But, if you're quick, you can catch one of dozens of presentations.

If you don't live in London, help is at hand - the same production has announced a nationwide tour that is set to start in the autumn!

Liverpool is the first stop on 24th September until the 28th, followed by Sunderland (1st - 12th October), Oxford (22nd - 26th October) and several more until Milton Keynes from 3rd to 14th June 2014. Tickets for all venues are on sale now at various prices, typically starting at around £40 depending on the theatre. London will benefit from another visit by the show when it hits Wimbledon's New Theatre from 19th to 30th November.