Shows will follow festival slots and new album Push the Sky Away, tickets on sale now 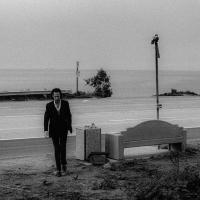 There appears to be no stopping Nick Cave at the moment - the singer, songwriter, raconteur, writer and Grinderman has finally announced a bevy of headline shows for Europe which, thank Gawd, includes us in the UK!

He and his glorious Bad Seeds will hit these shores in the autumn with a handful of gigs that will start with two nights at the Hammersmith Apollo on 26th and 27th October, followed by Manchester on the 30th, Glasgow on Halloween and Edinburgh on 1st November.

Cave's charges have a new album due out next Monday (18th Feb) - entitled "Push the Sky Away" and already heading for many critic's end-of-year lists, this will be the band's fifteenth studio album in thirty years. That anniversary alone is enough for most artists to celebrate with a celebratory tour.

But this is different - The Bad Seeds don't need pomp and ceremony to sell tickets these days, as one quick glance at their tour-schedule reveals. The words 'out' and 'sold' feature quite a lot during their preceding North American schedule (they've had to add more to it), so Europe will no doubt return the same result pretty quickly.

You can expect to hear new material, as well as any combination of tracks from the likes of "Tender Prey", "Let Love In" or their last set, "Dig, Lazurus, Dig!!!".