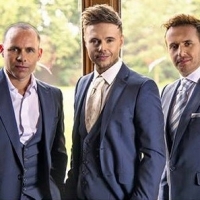 It's over twenty years since the '90s tottered into our lives like an embarrassing cousin at a wedding party, with the dreaded 20th anniversary shows starting to creep from the woodwork. As various old ravers, pop-bands and indie fops clamber for attention in the ruthless world of 'exclusive' 'intimate' 'reunion' shows, TV channels are already on board with more of the same, only way, way bigger. And, if pop music is your thing, way better.

Last month saw the start of The Big Reunion, a well-calculated ITV2 fly-on-the-wall docu-drama featuring not one, or two, but six boy/girl bands from the '90s, all reforming or reuniting for one big show in February (and a tour in May). In the series you can catch up with the half-dozen chart acts as they rehearse, converse and relive their histories with a viewing demographic which will cover fans and newcomers alike, thus keeping the flag flying for '90s pop-music.

You may well mock this exercise but the aforementioned demographic ought to be pretty darn big, even in the typically shallow world of pop stardom. Atomic Kitten knocked out three #1 hits in "Whole Again", "Eternal Flame" and "The Tide is High", Irish female trio B*Witched chalked up four consecutive #1 singles over a brief two-year period, including "C'Est La Vie", while man-band Five lasted a year or two longer with a track-record that boasts three #1s and eight other Top 10 bangers.

And that's just the first three acts. Honeyz, 911 and the 21st-century outfit Liberty X are no strangers to hits either. All of which adds up to compulsive viewing for the teeny-boppers who haven't yet grown old. And, to conclude the series in style, that all-important essential London show will take place at the Hammersmith Apollo on 26th February which has already almost sold out, aside from Premiums.

Good news - there's also a tour, a Big Reunion Tour at that, featuring all six bands performing across the UK from Sheffield on 3rd May to Brighton on the 13th, topped off with another London show, this time at the O2 Arena on 14th May.

Tickets on sale now, priced from £30. Demand will be pretty huge.