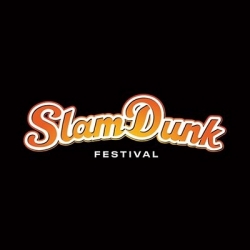 It seems a crazy concept, but Allister are veterans in the fast-paced world of US punk-pop. They formed some sixteen years ago and lasted just over ten years before calling it a day in 2007. Having reformed in 2010, it seems to be all systems go once again for the quartet whose playful live shows have earned them a reputation on both sides of the pond.

In true hardcore-punk-pop tradition, Allister have been signed to Drive-Thru, issued a collectable 7" single, performed goofy covers (including 'Fraggle Rock', Jackson 5 and Backstreet Boys...) and had the obligatory teen-movie soundtrack inclusion (On SleepOver - no, don't ask). But they've also racked-up a considerable partisan following that has helped the band sell-out several shows in the States, as well as create considerable ripples over here.

Recently, the band were added to the Slam Dunk Festival 2013 line-up for the Leeds, Hatfield and Wolverhampton legs from 25th - 27th May. Tickets are on sale now for these, priced at £34, which might seem steep until you learn of the number of bands playing, including All Time Low, Deaf Havana, Four Year Strong, Pierce The Veil and loads more [26 more at the current count, since you asked - factual Ed].

In-and-around Slam Dunk, Allister will be performing a slew of headlining 'Last Stop Suburbia' shows - playing their third album in its entirety, marking its tenth anniversary. The tour starts in Southampton on 21st May, heading to Brighton, London etc until closing out in Manchester on 30th May. Tickets on sale now, priced £10 upwards.