Posted: 7th February 2013
The acclaimed comedian will follow up his spring dates and Fringe slots with another jaunt, tickets on sale [08/2/2013] 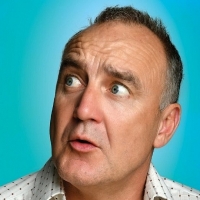 Perhaps one of the best observational comedians around at the moment, Anglo-Irish joker Jimeoin tends not to rant and rave, choosing to use subtle nuances and audience interaction while relying on a bottomless supply of human quirks, failings and expressions for his act.

If you witnessed his Michael McIntyre Comedy Roadshow appearance a couple of years back, you'll remember his eyebrow routine with fond memories - "do you know where the toilets are?', asked with raised eyebrows and inquisitive voice and then with eyebrows down and a deeper more sinister voice. Yep, that's the chap. You'll find it on You Tube under Jimeoin. Check out his skit involving swans, chickens and pigeons as well, very funny.

The master of facial definitions is out on tour this week, with a couple of Leicester Square Theatre shows on Friday and Saturday, followed by Guildford, Newcastle, etc. After this, he's on tour again in the spring, before heading up to Edinburgh for a residency at Venue 150 throughout August. But if you can't make it to any of these shows, good news - Jimeoin has added more of them to his 'What?' 2013 tour!

New stops in the autumn include Harrogate on 10th October, Durham, Crewe, Croydon, Salford, Hammersmith (where he has performed before for the Live at the Apollo TV series), Exeter and many more.

Tickets on sale now, priced from around £15. Well worth every penny.