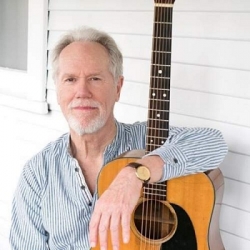 To say that Loudon Wainwright III has seen it all is a bit of an understatement. From his early career with Atlantic Records in 1970, marrying a folk-music star (the late Kate McGarrigle, raising two feisty and unique children (Rufus and Martha), winning a Grammy after 40 years of trying (for 2010's "High Wide and Handsome") and finally getting it all rounded up into a multi-disc celebratory CD/DVD box-set, "40 Odd Years". Odd, isn't the word.

Thankfully, Wainwright's strength is his sublime autobiographical song-writing style which hasn't waned with age, it's matured into something quite enlightening. For proof, head to any one of his first three eponymous albums or "Fame and Wealth", his journeyman period of "Therapy" (he moved back to the US after a spell in England), his reflective stance on 1992's "History" (mainly about his father's death) or, heck, his newest set, "Older Than My Old Man Now", as wry a title as you could get.

Although the songwriter hasn't been in the UK for a while, save for his duet with Rufus at the Royal Opera House in 2011, Wainwright's plans for 2013 involve a handful of shows over here. First stop is London's Royal Festival Hall on 3rd May, followed by stops in Gateshead and then three in Scotland, Glasgow, Aberdeen and Inverness.