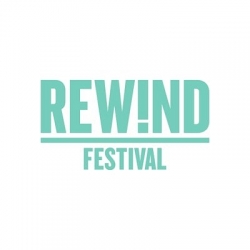 One of the first 7" singles that I ever bought was "Rock Lobster" by the B-52's. An odd choice in 1979, given that I was also into cheerful pop (E.L.O., OMD) or serious alternatives (Magazine, XTC, John Foxx). But then the goofy, oddball and retro-world of B-52's has rarely been straightforward which might explain why they appeal to a wide cross-section of music-fans to this day.

During the late '70s, Fred Schneider, Kate Pierson, Cindy Wilson, Keith Strickland and the late Ricky Wilson teetered on the borders of many genres - rock and roll, surf-pop, new-wave and garage-rock, yet managed to sound completely 'now'. If you wanted a real theme-tune to the poor live-action Thunderbirds film, or any other Gerry Anderson remake for that matter, their "Planet Claire" and "There's a Moon in the Sky (Called the Moon)" tunes might have made more sense. Later in life, B-52's were chosen to sound-track a live remake of an animated classic - The Flintstones. It was a better movie. Just.

After unleashing the classic "Wild Planet" album in 1980, their grip on retro weakened and they bounced back with kooky pop smash "Love Shack" and the sci-fi flavoured "Cosmic Thing" album. Perhaps one of the most 'Marmite' tracks in their canon, "Love Shack" has kept them topped up on royalties if nothing else. "Funplex" was their most recent album, issued in 2008.

Recently, drummer Keith Strickland called time on touring, which leaves three still raring to perform - and perform they shall.

August will see the B-52's hit the UK for a handful of headliners and some festival action. The first date is in Glasgow on 12th August, followed by Manchester on the 13th, Birmingham on the 15th and London on the 16th. Tickets on sale now, priced from £30. You can expect quite a party mix, to quote one of their albums.

Furthermore, Rewind - the '80s Festival 2013 will feature the band as part of its Henley-on-Thames line-up on 17th August (Saturday). If you fancy seeing the trio plus Kim Wilde, Billy Ocean, Heaven 17, The Sugarhill Gang, etc, tickets are on sale now for £55 for the day or £100 for the weekend (£115 for camping).