Iconic outfit to perform their biggest album to support its 20th anniversary, tickets on sale now 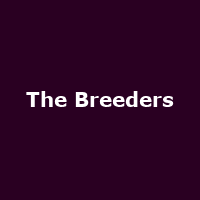 Twenty years ago, one of the most pioneering indie-labels released one of the most influential albums of its time. A bold statement? Perhaps, but there's no denying the importance of The Breeders' "Last Splash" album, spawned from a band comprised of Kim Deal, herself a key figure in another hugely-revered outfit The Pixies, plus sister Kelley, Josephine Wiggs and Jim MacPherson.

Spearheaded by the effortless stomper of a single (and MTV staple) "Cannonball", 1993's "Last Splash" is something of a landmark collection, fusing breezy surf-pop such as "Divine Hammer" (featured here), the crowd-bouncing "Saints" and short sharp shocks "SOS", the aforementioned "Cannonball" and the unsettling "Mad Lucas". A record of many moods and experimental reference points that recall The Stooges, Wire, David Lynch and Patti Smith (and many more), The Breeders managed to make the whole thing utterly unique. Just imagine what it'll do to your senses live.

"Last Splash" will be given a thorough servicing by 4AD for a reissue entitled "LSXX", due for release in April. And as for a live performance? Well, you'll already know about their ATP Festival appearance at Camber Sands on 21st June, but beforehand The Breeders original line-up will be dealing (ouch) some headliners out for you to enjoy, their first since 1994.

Dublin is the first stop on the tour on 14th June, followed by Glasgow, Manchester and London on the 19th. Tickets on sale now, priced from Â£20 upwards.

Just think - the 'entire album in its entirety' strapline that blights so many shows doesn't sound so bad, now does it?