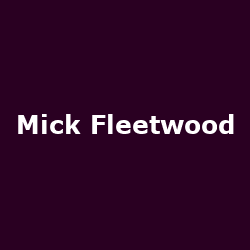 Never mind the public spats of Guns 'n Roses, New Order, Supertramp or Oasis, if you want enough material for an entire box-set of TV documentaries and soap-operas, look no further than one of the most-successful bands in living history - Fleetwood Mac.

From cherished blues-rock outfit, fronted by Peter Green, to stadium-filling global icons featuring the classic Nicks and Buckingham partnership, their various dalliances with drugs, egos and each other almost destroyed themselves and the band. But with all great musicians and performers, Fleetwood Mac survived to tell (and sing) the tale.

Easily one of the most influential acts to come out of the UK in the '70s, Mick, Christine, John, Stevie and Lindsay came to the fore in 1977 with the album "Rumours". Currently enjoying yet another renaissance in the form of a multi-disc reissue (out now), "Rumours" remains a classic. "Dreams", "Go Your Own Way", "Don't Stop", "Gold Dust Woman" and the ubiquitous "The Chain" (Top Gear, Formula 1, er, Radcliffe and Maconie) - many signature songs crammed into just forty minutes is unheard-of today. It's made so many 'must-hear' lists and sold so many copies (40 million, at last count), it's surprising that not every household has at least one copy or download. That could be a rumour, mind you.

2013 sees the band tackle the U.S. with this and other classic album-tracks from across the decades, maybe with the odd new song for good measure. After their Stateside campaign, Fleetwood Mac will be heading back to the UK and Ireland for a handful of arena shows in the autumn!

First stop is Dublin's O2 on 20th September, followed by London's O2 Arena on the 24th, then Birmingham's LG Arena on the 29th, Manchester's Arena on 1st October and Glasgow's Hydro on the 3rd. More dates could be added in due course (so, bookmark this page).

Tickets on sale now, with prices varying from £45 to £125 for the UK dates and 65.45 - 106.00 for Dublin. The sheer scale of demand will be unprecedented for a band that has sound-tracked generations.