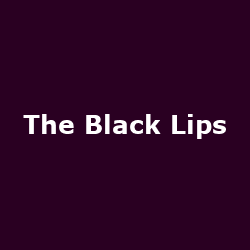 Karen O's alternative-rock trio are normally as regular as clockwork with their albums - you can set your watch by them - but this time around, they've taken one year longer than their normal three years to deliver their next album. No matter - they've announced some pretty big news with regards to live shows, including a hugely-anticipated curators slot at one of the UK's most eclectic annual music-festivals.

The new album, "Mosquito!", will see the light of day in April and follows their third Top 20 set, "It's Blitz". All of their previous output has been Grammy-nominated - maybe this one will be a winning formula. What will be an exciting prospect, apart from the new material, is the band's involvement with ATP.

The trio have been invited to curate one of the two days for this year's All Tomorrow's Parties - I'll Be Your Mirror 2013, set to be held at London's Alexandra Palace on 4th and 5th May. Yeah Yeah Yeahs have been assigned to perform on the Saturday, as well as choose Jon Spencer Blues Explosion, The Black Lips and more.