Posted: 28th February 2013
Massive Attack, Kenneth Branagh and The xx will also be joined by leading performers and plays from across the arts, tickets on sale [01/3/2013 10:00] 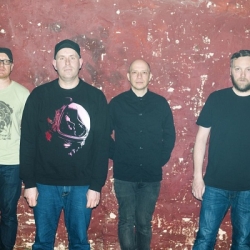 The fourth instalment of Manchester's premier cultural benchmark event will take place in summer 2013, with the remainder of the line-up just revealed.

Joining Massive Attack vs Adam Curtis and the XX (in residence) for a wide range of musical performances are Mogwai, who will perform the soundtrack to the acclaimed documentary Zidane: A 21st Century Portrait (two nights, 19th and 20th July - £25), Goldfrapp appearing with the RNCM String Orchestra (two nights, 17th and 18th July - £30) and Delphic presenting their new album "Collections" with a string of musicians from around the world (three nights, 18th - 20th July - £20), recent Bella Union signees M O N E Y (two nights, 12 and 13th July - £12). Neneh Cherry has played just a handful of live dates in the UK over the past few years, but at the Pavilion Theatre from 5th to 7th July, with new co-conspirators RocketNumberNine the trio will present their new project and forthcoming album (£25).

There will also be rare shows and appearances from Abida Parveen (her first visit to Manchester - she is also the special guest of Sir John Tavener the following night), Rob da Bank (4-night exclusive sound and vision set exploring the history of music in Manchester since the '80s), LCD Soundsystem's James Murphy, presenting Despacio plus SB TV star Jamal Edwards presenting History of Grime: Rebels with a Cause, featuring Ghetts, Smokey Barbers and Jokes from the Hood, featuring Kojo and a cast of comedians.

On the more theatrical side, alongside Kenneth Branagh's rare appearance as Macbeth, there are performances of The Machine, The Old Woman (starring Willem Dafoe) and The Masque of Anarchy (starring Maxine Peake), all running throughout the fortnight.

Tickets on sale now, all at various prices. Demand for many of these shows will be pretty big.

The complete schedule for MIF stretches from 4th to 21st July and promises to be an enlightening and enthralling 18 days of premieres and special events that will serve to enhance this bi-annual event.