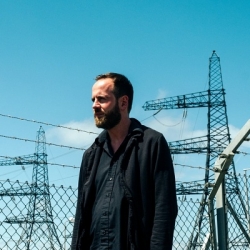 Now here's a producer and remixer very much in demand right now - Bonobo, alias Simon Green, who has just sold out his London Roundhouse date pretty sharpish. Bad news for London fans - or is it? Yes folks, you should turn that frown upside down because the Ninja Tune icon has just announced another super-sized date in the capital.

The Brixton Academy will host an exclusive show on 23rd November in response to selling out the Camden one in May. Tickets on sale now, with demand still expected to be pretty big.

His other May dates are still available. The 'North Borders' tour includes stops in Nottingham, Sheffield, Manchester and Edinburgh - tickets are still on sale for these, priced at £15 for all except Manchester and Newcastle (£16).

Afterwards he will headline Bristol's Love Saves The Day 2013 on 25th May. Tickets on sale now, priced at £25 for the final release of tickets (early birds and all other releases now sold out). Other performers there will include BRIT nominees AlunaGeorge, Joy Orbison and A*M*E.

Since 1999, Bonobo alias Simon Green, has been toiling over a hot mixing desk and issuing some largely lovely down tempo music that has, on occasion, turned into a soundtrack-compiler or adman's dream. His sounds have graced everything from console games, surfing films, TV series including Green Wing, Nathan Barley and House and adverts - but you probably wouldn't know it.

Regular collectors of the iconic Ninja Tune label will already be familiar with his albums, such as his recent "Black Sands" project (both standard and remix formats) and will be keen to learn of new album, "The North Borders", which will appear on April Fool's Day and will include the tune "Cirrus".