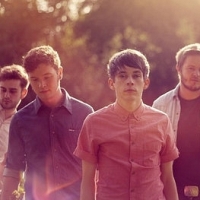 General Fiasco have today announced the cancellation of their January/ February 2013 UK tour - which was due to start next week. The indie-rock band from Bellaghy in Northern Ireland have announced - with more than a hint of finality - that the tour is cancelled and will not be rescheduled.

This is what they band have to say:

We are very sorry to announce that we must cancel the upcoming Jan / Feb tour. We have decided to put the band on hold while we take some time out after more than 6 years and hundreds of live shows.
We would like to thank and apologise to everyone who had bought a ticket or had planned to come to one of the shows, as well as to those involved with organising them. We don't make this decision lightly and we hope you understand. There are currently no plans to reschedule the dates. If anything changes we will let you know.

Ticket holders should contact their point of purchase to obtain a refund.