48hr Exclusive offer for Singin' in the Rain tickets 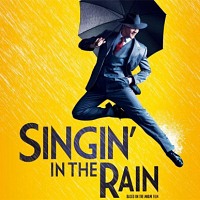 From the golden age of musicals to the West End, Singin' In The Rain brings the glamour of the MGM film to the Palace theatre. Set at a time of change in the film world, Singin' In The Rain follows silent movie star Dan Lockwood who has everything he could ever want; fame, adulation and even a well-publicised romance with his co-star Lina Lamont. But there are rumours doing the rounds of a new kind of film that could alter everything, a kind of film where actors talk... and sing... and dance.

Singin' in the Rain is the...story of that first Hollywood musical, the moment when the silver screen found its voice and never looked back. With all the sparkle and spectacle of a golden age, it features a glorious score including Make 'em Laugh, Good Morning, Moses Supposes and, of course, Singin' in the Rain. Shining with vitality, wit and romance, this is a musical to lift your heart and set you singin' and dancin'-in any weather.

The West End production, currently playing at the Palace Theatre in London, is an ideal way to escape the weather outside and, er, get wet indoors (if you sit in the front few rows, that is!). We have a very special exclusive offer to tell you about, and it only lasts for 48 hours starting from today (23rd Jan) at 2.30pm until Friday 25th.

To take advantage of these great offers, click on the Book This Offer link below as soon as possible.