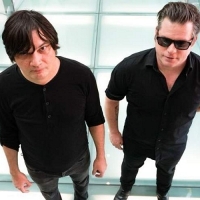 The 2013 NME Awards Show season is upon us and one participant sticks out like a sore thumb, not least for their name as well as their rousing and noisy material.

Texas' power-rockers And You Will Know Us by the Trail of Dead will be performing a handful of UK shows next month, as warm-ups for their forthcoming big support slot on The Cribs' NME bash at the Brixton Academy on 22nd February. Tickets are still available for that show, priced at £20.60. Those few preceding gigs in Leeds, Southampton and Cambridge are also on sale now, priced at £12.50.

Of course, there's a reason for all of this activity - a new album. Released at the end of last year, "Lost Songs" is the band's eighth studio platter and shows the quartet in rather more socially-commentary mode than usual - tracks cover various 'now' subjects such as human failure, war, apathy and Pussy Riot. It's a powerful set that continues where previous albums such as "Source Tags and Codes" and 2011's "Tao of the Dead" have left off.

With this new album under their belts and the UK gagging for more live shows, AYWKUBTTOD have responded with further live action in the spring. With Turbowolf supporting, the Trail of Dead will play Wolverhampton on 21st April, followed by Cardiff, Bristol, Nottingham and London on the 25th. Tickets on sale now, priced at £13.50 (£12.50 for Cardiff, £14 for London).