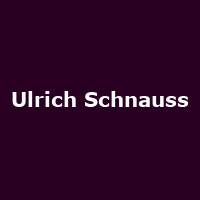 Twenty years ago, the words 'ambient' and 'ethereal' became dirty words, not least with the critics who themselves had previously over-used the same words to describe the likes of indie-favourites Cocteau Twins, crusty proggies The Orb, icy Norwegians Biosphere, tank-driving Aphex Twin, the more recent Boards of Canada or any laid-back act with a penchant for chiming guitars, gently bubbling synths and long (VERY long) drawn out tracks.

Who remembers The Orb's "Blue Room", issued as a single and clocking in at a mere two seconds less than 40 minutes in length? Or William Orbit's glorious "Water From a Vine Leaf"? Or Future Sound of London's epic "Lifeforms"? Imagine all these artists rolled into one and condensed into manageable four to five minute chunks and you are someway there with Germany's Ulrich Schnauss.

More contemporary than his peers, Schnauss crafts what could best be described as pretty, shimmering and atmospheric music that might not change the world but will make it better. His earliest work was with indie-hopefuls Longview before honing his solo skills with top albums such as "A Strangely Isolated Place" and "Underrated Silence" (with Mark Peters).

For 2013, his luxurious take on the genre will continue with a new album and a UK tour which starts in Edinburgh on 17th March. Further stops include Leeds, Manchester, London and more until Bristol on the 30th.

Tickets for all these shows are on sale now, priced from under a tenner.