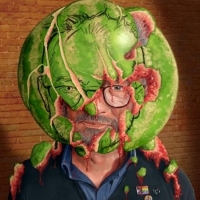 Regular listeners to radio will already be very familiar with Robin Ince - the man behind the hugely-successful BBC show The Infinite Monkey Cage, co-presented with Dr Brian Cox and his regular, learned contributions to Steve Lamacq's 6 Music show - but may not have seen him 'do' stand-up.

Not that Ince 'does' just stand-up, per se. You'll hear very little in the way of 'this bloke says to me' repartee or 'Crikey, I see The Only Way Is Essex is up for a BAFTA - that stands for Born A Fuc.....' well, you get the idea. Essentially, Robin deals with bigger issues and broader subjects, without blinding us with a science overload.

His Uncaged Monkeys tour with Brian Cox, Simon Singh, etc was a sell-out for all the right reasons and followed years of soul and answer-searching shows, such as Bleeding Heart Liberal and his most recent jaunt entitled Happiness Through Science. Not quite David Mitchell does Look Around You, or Stewart Lee chairing QI, but not too far removed either. And that's a good thing - as our thirst for knowledge with the aid of light humour starts to snowball, so demand for this man's routines will increase.

His next show is entitled The Importance of Being Interested and, according to his website, concerns "Charles Darwin, Richard Feynman, Aristotle and the joy of picking shells up on the beach and realising that being self-conscious in a big universe is a darn good thing." It's also pretty comprehensive as far as venues are concerned.

Starting with Brighton's Science Festival on 13th February, Ince's journey then continues to the likes of Wolverhampton, Belfast, Cockermouth, Widnes, Norwich, London and loads (and we mean, loads) more until Bath on 26th May. Some shows also incorporate afternoon schools shows and appearances at smaller arts and science venues. Tickets are on sale now at various prices.

In addition to all this travelling, Robin will be appearing at this year's already-incredible Laugharne Weekend Festival 2013, the arts and literary bash in Carmarthenshire which runs from 5th to 7th April. Big names also include Jeremy Vine, John Hegley, Stuart Maconie, Mark Thomas, Tracey Thorn, John Cooper Clarke and many more - £75 for the weekend.