Posted: 14th January 2013
Florida's rockers to follow 'Am I The Enemy' with headliners and Radstock appearance. Tickets on sale now 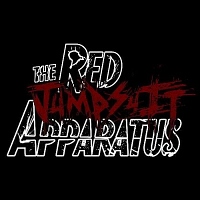 At the time of writing, it's bitterly cold out there, the perfect weather for getting warmed up by some good honest tunes - precisely what The Red Jumpsuit Apparatus are offering on their next stop in the UK.

The Floridians will be bringing their hot brand of power-rock to Britain for a string of gigs in the spring, as well as making an appearance at one of the calendar's must-go-to day-fests in the North.

Tour-dates include Bristol on 18th March, followed by Exeter, Leicester, Wolves, Glasgow, Guildford and quite a few more until Camden on 2nd April. Prices are keen - £8.50 upwards - and tickets are on sale now. The Red Jumpsuit Apparatus will also appear at Liverpool's enticing Radstock Festival 2013 which kicks-off on 30th March. The day-fest also includes The Blackout, We Are The Ocean and Don Broco, amongst many others, and boasts a ticket-price of £25.

This headlining tour follows their supporting role for Madina Lake at the tail end of last year and gives fans a chance to see the band really let fly with material from their recent album, "Am I The Enemy" (released 2011/12, depending on territory). Packed full of stick-it-to-the-man tunes and riffs, the album broke the Billboard charts Stateside, the band's third in a row. They issued a new non-album song, "Twilight", last year which bodes well for more new material in 2013.

Support for the tour comes from four-piece Rat Attack - who have just released a video for single 'Heartbeat' (featuring Liam Cromby from We Are the Ocean) - the lead single from their eponymous debut EP due out on 11th March. Check the video here: www.tinyurl.com/ratattack-heartbeat